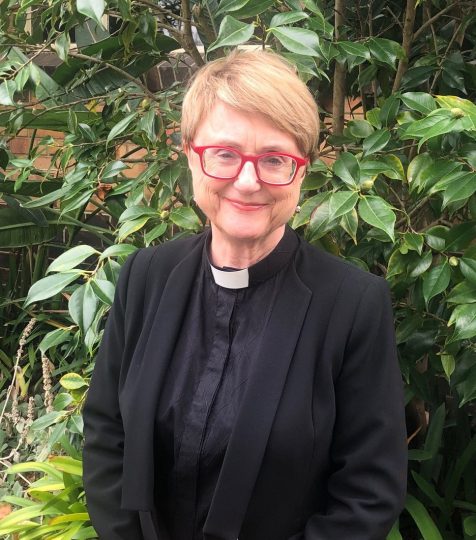 The Revd Dr Wendy Crouch was ordained deacon and priest in the
Diocese of Melbourne in 2019. She had previously held Honorary Lay
Reader positions within the Diocese (All Saints Newtown; St John’s
Camberwell).

With initial university studies in pure mathematics and education, Wendy
was a lecturer in Mathematics Education at Deakin University in
Geelong until undertaking further studies to train as a clinical
psychologist at the University of Melbourne. This culminated in the
completion of a Doctor of Philosophy in the field of consultation-liaison
psychiatry, specialising in psychodermatology. This was followed by
clinical/academic positions, firstly with the University of Melbourne and
St Vincent’s Hospital, and then at Monash University, while also
conducting a private practice through those years. As both priest and
psychologist she contributes to the Clergy Wellbeing programs of the
Diocese of Melbourne.

In addition to preaching and presiding on a regular basis, Wendy
oversees the pastoral care program of St John’s, primarily working with
the Pastoral Visiting Team to ensure the pastoral care of the parish
community, especially those who are homebound, unwell, or in
residential care. Passionate about using an integrative approach to
applying insights from both psychology and spirituality to promote
emotional wellbeing and faith development she will be leading prayer
days and retreats to continue in the parish the work she has been
undertaking within the diocese.

Wendy is married to Brian and they have two married children and four
grandchildren, two of whom are half Spanish. She enjoys poetry, drama
and music, as well as exploring new horizons.