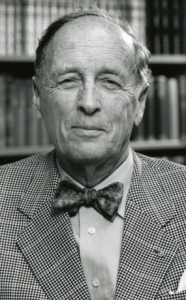 A Service of Thanksgiving for the life of

Live stream of the service may be view here.

St John’s parish office is located in Buxton Hall, at 86 Clendon Rd., Toorak, to the east of the church, on Toorak Road.

Please note – during January there is only one service, starting at 9.00am.

10am Sung Eucharist – A choral service of Holy Communion led by the parish choir and including hymns, anthem and motet. Children’s ministry is part of this service, with Sunday School offered twice a month during school term.
DURING THE WEEK

11am Thursday – A service of Holy Communion in the Angel Chapel.

The Revd. Dr. Peter French was ordained deacon and priest in the Diocese of Wangaratta in 1999 and served as Curate at St. John’s, Wodonga, as Assistant Priest at Holy Trinity Cathedral, Wangaratta, and then as Chaplain at Trinity College, The University of Melbourne. In 2006 Peter moved with his wife Robyn to Chicago, USA, for Robyn to undertake doctoral studies at the University of Chicago. Joining the Episcopal Church, Peter served as Interim Rector of Messiah-St. Bartholomew, an African-American congregation on the city’s south side, and then as Associate Rector of Grace Church, Hinsdale, a 700-member church in the city’s west.

Christopher graduated in piano & organ from the Queensland Conservatorium of Music in 1983 and has worked in the music and education professions variously as teacher, performer, accompanist, conductor, musical director & concert producer; as well as examiner for primary, secondary and tertiary music institutions, for ANZCA and the AMEB.

Christopher works with a wide social spectrum of society, and is able to communicate with varied age groups and musical development. He has played concerts in UK and Europe and performed in all states of Australia, as soloist and accompanying choral groups in orchestral-organ transcriptions of Messiah, Mozart Requiem, Mendelssohn Elijah etc.

In addition to varied and extensive pro bono and free-lance activities, Christopher is currently Repetiteur/Accompanist/piano and theory tutor at Haileybury and The Peninsula School, an Organ Tutor for University of Melbourne, and Director of Music at St John’s Church, Toorak. He is a Director of the Organ Historical Trust of Australia [ohta.org.au] and the Australian and New Zealand College of Organists [anzco.org].

Parish Administrator & PA to the Vicar

Sally manages the busy parish office and is also personal assistant to the Vicar of the parish. Sally handles all enquiries of a general nature. To email the office, click on the photo left.

The foundation of St. John’s Toorak can be traced back to a meeting hosted by Mr. H. W. Dauglish in his Heyington Place home (now part of St Catherine’s School) in November 1859. It was resolved at this meeting to appoint trustees and commence subscriptions for the building of a church in Toorak. Within months one of the six trustees appointed at that first meeting, Mr. Alfred Ross, had donated sufficient land from his property ‘Orrong’ for the site of the church and over £1500 had been raised. The newly appointed government architect, William Wardell, was contracted to build the new church, on its present site, in the early English Gothic style. Wardell also designed and built St Patrick’s Roman Catholic cathedral in East Melbourne. In April 1860 the Governor of the colony of Victoria, Sir Henry Barkly, laid the foundation stone and building commenced. Following a delay caused by some difficulty in seperating the new parish of Toorak from the existing parish of South Yarra, St. John’s Toorak was opened for worship, again by Sir Henry Barkly, in July 1862. As the first vicar, the Revd Walter Fellowes, was still in transit from England, the first service was led by Dr Bromby, the first Headmaster of Melbourne Grammar School.

St. John’s has been a prominent presence in the Toorak community since the church was completed and opened for worship in 1862. To the present day the parish continues its strong involvement in the life of the community it serves in a variety of ways.

Located just a short walk along Toorak Rd from the cafes, restaurants, and fashion and clothing shops of the Toorak village shopping precinct , St. John’s is a partner in events taking place throughout the year, such as the annual sculpture exhibition, in conjunction with the Toorak Traders Association.

St. John’s is an inaugural member of the Toorak Ecumenical Council, one of the oldest and strongest such councils in Melbourne. The member churches of the Council – St. John’s, the Toorak Uniting Church, St. Peter’s Roman Catholic Church, and the Swedish Church – meet regularly and every year join together in an Easter march of witness that moves between each church. The Council also operates an Opportunity Shop (see below) raising funds for various missions and charities supported by the four churches. Each Christmas members of the partner churches collect a large amount of food for distribution to the needy through the ‘Food for Friends’ program.

The Opportunity Shop is a joint venture between the four churches of the Toorak Ecumenical Council and is located at 143 Canterbury Road Toorak in the Toorak Village shopping precinct. To contact the shop telephone 9827 3172.

The Geelong Grammar School Toorak campus is a junior school located in the heart of Toorak. The parish association with the school extends back to its founding as the Glamorgan Preparatory School. A memorial plaque inside St. John’s testifies to the involvement at St. John’s, over a great many years, from the time of the founder and Principal of the school, Ms Isabel McComas. The whole school attends services of worship at St. John’s on a regular basis.

The first meeting of trustees at which the parish of St. John’s was established was held in the Heyington Place home of Mr. Dauglish, in November 1859. The building is now known as Sherren House and is part of St. Catherine’s School, Toorak. Since the school moved to its present site in Heyington Place in 1920, strong links have existed between St. John’s and St. Catherine’s School. Together with the Toorak Uniting Church, St. John’s provides a venue for church services for students of the school at Easter and Christmas, and its clergy participate in the annual school church service. The vicar of St. John’s is an ex officio member of the School Council.

The service and sacrifice given by so many in times of war is reflected in many ways at St. John’s. In addition to the Soldiers Memorial at the front of the church, there are numerous windows and memorials inside the church dedicated in memory of those who served and lost their lives in the First and Second World Wars. Among them are memorials to the son of the second vicar of the parish, Canon Drought, who lost his life in the First World War, and to the father of the sixth vicar, the Revd Thomas Gee, who died in the same conflict. The church conatins a Book of Memory listing those men and women of the parish who served in the Second World War. On the Sunday nearest Remembrance Day (11th November) each year, St. John’s conducts a service in conjunction with the Toorak RSL in memory of all who have served, and all who have given their lives, in times of war. The vicar of St. John’s is a member of the Toorak RSL.

The CWA have a well established presence in Toorak, offering affordable accommodation through a bed & breakfast hostel located in an historic property on Lansell Rd. For more details click here. Each year the CWA executive, with representatives from across Victoria, gather at St. John’s for a Christmas carol service.

Reflecting the large involvement of a number of prominent Melbourne families at St. John’s over the years are many windows, memorials, and furnishings dedicated to some of the city’s pioneers and leaders in both politics and business. Many visitors to St. John’s spend considerable amounts of time reading the inscriptions on plaques fixed to the pews, walls, furnishings, at the base of windows, and in other places.

To find out more about our Diocese and the Anglican Communion, follow the links below.

The Buxton Memorial Hall at St John’s Toorak is available for hire as a location for drinks and canpaes and finger foods etc. after a wedding and before the reception, for a wake following a funeral, or for after Baptims refreshments. A flat rate of $250 per hire (plus $25 insurance) provides two hours for your guests to gather after the service in the pleasant surrounds of our beautifully decorated and well maintained hall.

Please note that we provide the hall and kitchen together with up to 20 large tables and up to 200 chairs. Catering will be required to provide, prepare, and serve any food and drinks.

The Buxton Hall may also be hired as a venue for wedding receptions – please enquire direct with St John’s parish office for price and availability.

The Buxton Hall is currently used by a range of community groups and for jumble sales and art exhibitions from time to time. We are always open to new requests from one off or regular hirers. Please enquire direct with St John’s parish office for price and availability.

St. John’s is located at the prominent junction of Toorak and Orrong Roads, Toorak.